Choozle operates on the second-price auction model. A Second Price auction means the highest bidder pays the price bid by the second-highest bidder. This is the same way that Google Adwords works. The Second Price Auction Model enables Choozle to efficiently target audiences at the lowest possible bid price. Also known as dynamic bidding, the Second Price Auction model commences when an Internet user requests a specific web page. Before the web page is loaded, a bid request from the publisher of the web page is sent to an ad exchange. The bid request also contains data linked to the requesting user’s IP address. This data can include the user’s demographic, browsing behavior, location, and other information.

Advertisers partnered with the ad exchange are automatically notified of both the bid request and the user’s information through their demand side platform. Advertisers can use the information from the bid request to decide if they want to target the user. If they do want to target the user, advertisers will automatically start bidding on the website impression that the user will visit. The bid process happens in a matter of milliseconds. The advertiser with the highest bid wins the auction and will serve the ad impression. 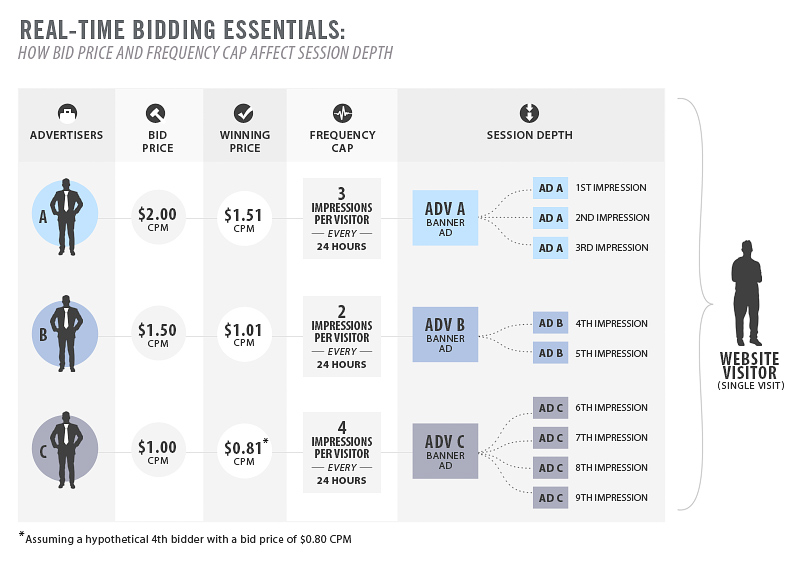